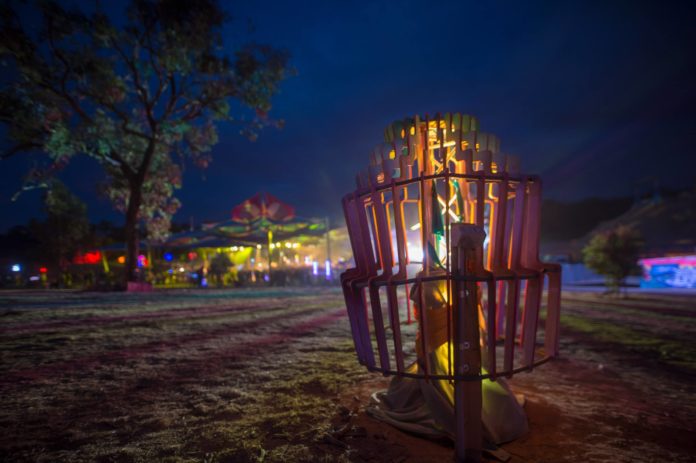 Doofers – you’ve probably heard by now that the mayor of the Pyrenees Shire Council, Robert Vance, has issued threats to shut down Rainbow Serpent Festival for good. According to reports, Mr. Vance made the threat after the disappointing number of drug-related arrests the police did during the four-day duration of the festival.

The coppers and their sniffer dogs were out in full force for the entire duration of the four-day bush doof. They promised to be there, and their presence was something everyone expected. They were pretty aggressive about it this year, too – just give them an excuse to handcuff you, and they will.

However, despite the heavy police presence and the supposedly “disappointing number” of drug-related arrests during the festival weekend, the cops were only able to catch:

Considering that some 15,000 to 18,000 attended the doof, the total number of arrests were pretty, pretty small, yeah? We’ve got a few theories as to why. One, the attendees may have become cleverer at hiding their stash. Two, the attendees may have actually behaved themselves this year and limited their intake. Or three, police presence at the doof really isn’t as effective a deterrent as the authorities thought it would be.

Reason #2: Rainbow Serpent supports the local community during and beyond the festival.

Whether the authorities acknowledge it or not, hosting the Rainbow Serpent Festival annually provides economic and cultural benefits to the communities of Lexton and Beaufort. A gentleman pub-owner was quoted saying that the festival week is his pub’s “biggest week of the year.”

That huge influx of people to the festival grounds means more people are patronising Lexton and Beaufort businesses – buying goods, eating food, or, as mentioned above, drinking at pubs

, the doof’s organisers have given some effort in supporting the Pyrenees’ local art community. They’ve sponsored art grants, provided spaces for artists to showcase their work, highlighted the arts and culture of the indigenous people, etc., through the Rainbow Arts and Culture Foundation. If that isn’t giving back to the community, then what is it?

Reason #3: It’s really a failure of the zero-tolerance drug policy.

Rainbow Serpent Festival’s spokesperson, Tim Harvey, was right when he said: “The issue is created by 30 years of failed drug policy.”

The heavy police presence isn’t really helping at festivals like Rainbow Serpent. In fact, cops can make festival-goers nervous. Young doofers can panic when they see a cop nearby and down all their stash in one go to avoid a possible arrest. Of course, this can lead to overdosing and hospitalisation, not just a real bad trip.

drug usage doesn’t really save lives or makes the problem go away. Medical and academic experts, and even former law enforcement are saying pill testing is the answer to the drug problem

Mr. Harvey said: “We are waiting for governments and other to get on board with this rather than continuing the same zero-tolerance message that has caused the problem we face at the moment.”