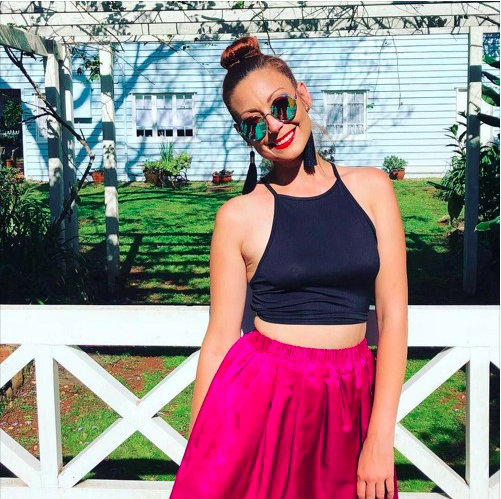 With preparations in classical music and dancing, APRO’s life balance has always been about rhythm & sound. Due to some encouragement from her friends some years ago, APRÓ took her personal innovations & musicality with the art of DJI-ing.

Nearly two months after nailing the decks, APRÓ played her debut set with Jimmy D upstairs @ Cocomangas Byron Bay, turning it into a weekly installation there. The next several months scored her lineups for some local parties playing alongside resident, interstate and globally recognised DJs like Essential Intentions NYE @ The Brewery, Deep Day Out, & Bizarre Garden. She also became a resident DJ at The Byron Bay International Fashion Festival just as playing her first ever festival, taking the Tipi Forest performance stage twice at Splendour in the Grass 2015.

Little by little, APRÓ built up a name for herself in the Brisbane dance music scene sharing her specialty to local events and digital recordings such as Dragonfruit, Open Records, Treffpunkt and Toa Sounds.

In late 2017, MELT was formed. Melt is a fresh Brisbane-based events music collective specialising in the rooted end of house and techno. It’s also a collaborative effort among APRÓ and Brisbane local acts such as Butterz, Christian Kerr, & Jesse Kuch.  To start things off, Melt presented German kid genius Tim Engleheardt in November 2017, of which APRÓ had the privilege to play front act for.

February of 2018 she graced yet again the Sanctuary Stage at Earth Frequency Festival this time with Wilma for their 1st ever public collab.

A genuine behind the decks and an admirer of all that is serious and dynamic, Amanda is no doubt a must to pursue as great things are certainly coming for this promising DJ.