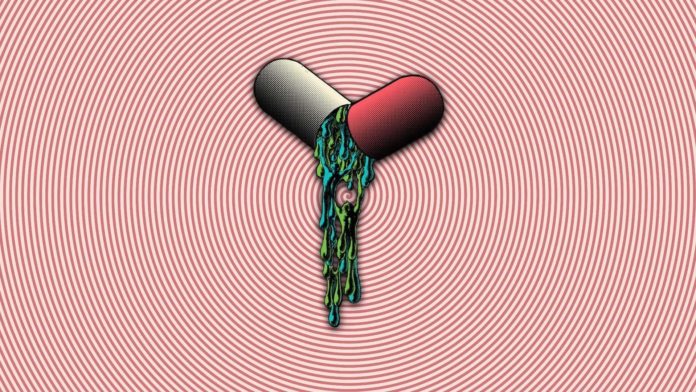 The use of drugs has had a close relationship with music for some time. Now for both creative purposes and as way to enhance or change the way listeners connect with sounds.

There are many music genres that have a history of a relationship with drugs. Although not all of them establish the same kind of reaction. This depends on the type of drugs that are being used, to which kind of music they are being linked to and the context in which they are being used.

According to a recent survey on the use of drugs at festivals:

It is well known that the use of drugs at music festivals is very high, and of course this means artists as well; however our focus here is techno and electronic music, and even though DJs and techno artists may use drugs, its focus and popularity surrounded around it is not as big as the use of Rock artists at the time of composing tracks or jamming. The idea is that the biggest focus surrounding techno is the crowd.

There is a whole idea that electronic music festivals are somewhat dangerous due to the large use of drugs, and that would not be a wrong statement. Even with all the arrests on drug possession, drugs and music appreciation at festivals remain to be a very important part of the experience regardless of being a consumer or not.

I understood why the stage lights were bright and flashing, and why trance music is repetitive; the music and the drug perfectly complemented one another. It was as if a veil had been lifted from my eyes and I could finally see what everyone else was seeing. It was wonderful.

Lots of factors can determine a different reaction from the listener, this can change due to the mixture of the drug effects and the type of music, for example: If a person who has consumed LSD listens to a song that has low bpm and lots of happy melodies, he or she is most likely to feel very emotional and calmed, however if you mix ecstasy with a fast bpm song in a rave, it is most likely that the person will be very actively feeling pleasure through dancing and moving.

Many people say that one of the biggest reason to consume drugs in festivals is that it can bring people from different cultural references together through music.

This makes it becomes a neutral ground where the only thing that matters is enjoying the music and experimenting new ways of perceiving the sound together. However, According to Dr Beate Peter, who studies the psycology of raving; clubbing is a way to experience our whole psyche.

She says that there is a feeling of magic; of oneness in the club, that comes from a collective spiritual connection. People breaking away from a self-conscious mindset. Although drugs are a means to feel less weight and lower inhibitions, the most important thing is the atmosphere

“[The atmosphere] is something fascinating for a lot of researchers. You can’t define it – we haven’t defined it yet, You can go into a nightclub and you can say probably within five seconds whether it’s happening tonight or not.”

Professor Adam Winstock, the founder and Managing Director of the Global Drugs Survey; also commented on the issue by saying that there is indeed a scientific reason behind the positive effects in dance/techno music. “Things like MDMA and hallucinogens alter your appreciation of your music.”

“It’s a fairly common thing in great dance tracks, and even in the way a DJ will play a set, that it follows a kind of rise and fall, [like the] crescendos of rushing. People are obviously creating that music to mirror that drug experience.”

Now, the hard part is how to approach this kind of issues, because, either there are problems with legal use or teens being exposed to dangerous drugs. It’s rather obvious as to why it would be a bad choice to use drugs. That’s why some important leaders in the musical scene like the Shambhala Music Festival in Canada which stated:

“This year with fentanyl killing people in Canada, we wanted to make sure we were more prepared”

In conclusion, there is a change in perception when drugs are being used in a festival or a club; but there is also an atmosphere which is not entirely clear how it comes to be. It’s still a delicate subject and unclear whether it’s ultimately good or bad; it is a part of what makes this scene what it is. It probably deserves more attention so that a middle ground can be found.