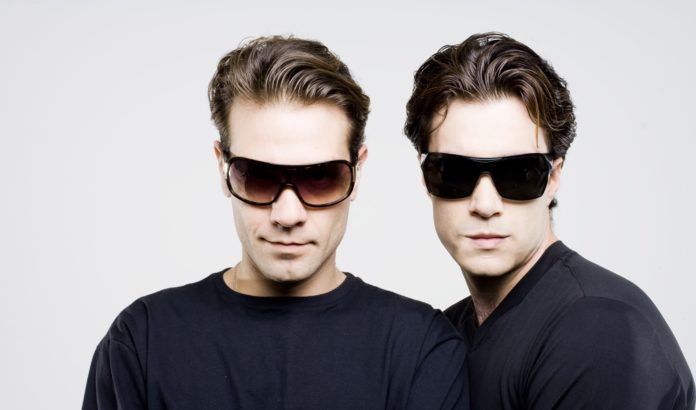 Riktam Matkin and Bansi Quinteros are GMS or GROWLING MAD SCIENTISTS. In more than 150 releases, they’ve sold higher than 300,000 CDs with 8 collections and 10 aggregations. Their impressive music advances to amazing heights making G.M.S. a standout among the most sought after live electronic music acts on the planet. The Origins of G.M.S started when Riktam and Bansi met in a Coffee Shop around the age of 14 when they both lived in Amsterdam. The two of them were enthusiastic about music and events so the pair left school and took their chances in the dance scene during the mid ‘90s. After two years, Riktam and Bansi made a trip to Goa and encountered a melodic revelation.

After India, they came back to Amsterdam and started recording music on tapes to bring to Goa for the following season. In Goa, both of them had Dj stints at the absolute most untamed yet most important events of their early lives. The gigs made an unfading imprint on their mind furthermore illuminating their soul. It was new for everybody and the Goa trance set the standard for THE G.M.S. sound which is stuffed with pulsing bass-lines, guitars, beats and vocals. Riktam and Bansi were pulled in to the manner in which people love having great time at parties and the manner in which that they responded to emphatically elevating beats. Upon returning to Amsterdam, one of their companions had acquired some recording accompaniments. Since then their production career was born and the name of the group established. Bansi thought of the name Growling Mad Scientist as he believes G.M.S. characterizes their music considering one of the sounds on a synth was known as a growler. After a couple of early releases G.M.S. displayed its lauded 1997 smash album Chaos Laboratory which was recorded with previous member Sebastian Claro, who left the group after two years. The said album took-off GMS into acclaimed genuine players in the psytrance scene and just indicated of what was coming next.

Riktam and Bansi moved to the radiant island of Ibiza in 1997 where a nice way of life and rustic recording studio was assembled. In 2000they built Spun Records releasing G.M.S. versus Systembusters, in 2002 The Hits and the heavy pounder No Rules. The Remixes – an elegant remix collection highlighting the greatest names in trance, including Hallucinogen & Infected Mushroom was seen in the year 2003. Spun Records’ motivations were to fill in as a home for G.M.S’s. music and as a stage serving inventive and crisp new psytrance artists. In the wake of releasing records with numerous names for many years they considered how lucrative the label produced. Eventually, they’ve decided to have their own label with the goal to put more studio equipment and help different musicians and associates on the same field. Despite their jam-packed tour schedule performing in Europe, Asia, parts of North & South America, the duo still figured to finish their seventh and album called Emergency Broadcast System. The majority of the tracks from the album have been calibrated at their live performances which showcases them at the highest point of their career.

GMS have been together for such a long time that they have their own particular manner of working. They make music while out and about and travel with 2 laptops. Continually composing and conceptualising while playing on tour, the two have levelled-up into hyper prod mode. With their music everywhere, even Hollywood noticed G.M.S. in 2004 by permitting G.M.S. tracks for a Denzel Washington starrer Man On Fire. Furthermore, if you tune in to any sports network be it radio or television there are chances you’ll hear one of their tracks being played out of sight. What’s more, Hollywood came to GMS again in 2005 for Dominoe which was a Tony Scott film. Moving on from spinning for little parties and clubs to performing at grand events G.M.S. aren’t ones to lay on their shrubs just yet. As their army of supporter develops, they’re always perfecting their live events and honing their very own style every now and then.

Why I Love and Hate Doof Sticks: A Brand New Culture...

Mountain Sounds 2019 Cancelled: Organisers Give in to NSW Police’s “War...