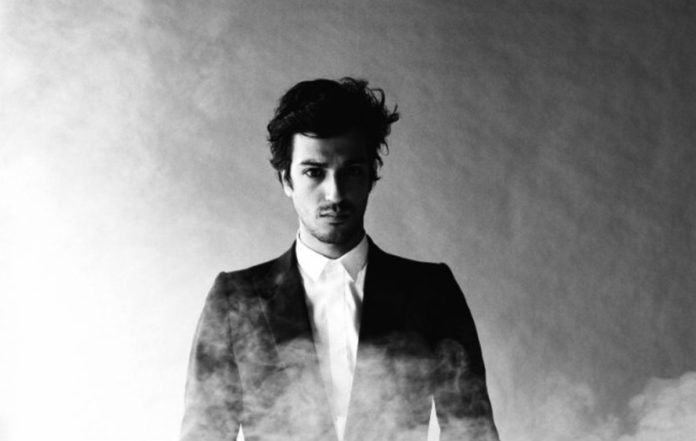 There is a place between dark evil vibes and the energy and punch of techno music, that is where Gesaffelstein gives birth to all of his music, sometimes leaning towards beautiful and sometimes towards anger, the art that comes from his music it’s unlike any other.

Mike Lévy was born in Lyon, France, 1985. When he was a teen he started to get into dance music, and artists like Kraftwerk but his interest didn’t stop there. Later he started experimenting with Synthesizers which were being used a lot for Synthpop and that sort of music.

“When I discovered the synth I completely stopped listening to dance music, I was just obsessed with the sound. I knew that if I wanted to do this music I had to learn it myself,”

After producing some music, he moved to Paris and in 2008 Gesaffelstein was born. The name came to be from a combination of
concept of Gesamtkunstwerk (total work of art) and Albert Einstein.

On the concept of Gesamtkunstwek he said:

“It means the perfection of art with video, photographing, music, every art in one. It may be pretentious to say, but yeah, I try to touch the magical. And, you know, I just try because if I touch the magical, I’m going to be like okay, I did it, so I stop. I love to try to do that.”

In 2008 he released his first EP, Vengeance released by OD Records. Modern Walk was the next one the Hacker’s GoodLife label. Zone, another imprint run by the Hacker, released The Operator in 2009. Gesaffelstein later signed to Tiga’s Turbo label in 2010, with Variations coming out that year, followed by Conspiracy, Pt. I and II in 2011.

He is sometimes known as a mysterious producer, this sort of ideas comes from the fact that he rarely speaks in public, has no social media interactions and have very few interviews, however it’s not intentional according to him “If you want to be mysterious, you know, people are going to see that’s fake.” Mike Lévy’s focus is on the music.

While rising as a Dj, he was also gaining momentum by collaborating remixing and producing with other well known artists such as Moby, Lana del Rey, Kanye West and Daft Punk.

In 2013 his debut album came out titled Aleph which stands for “the beginning”.

“You know, you have the alpha and the omega. And it was the idea of the album to create something new from nowhere, you know. Like the Big Bang. The most important thing for me was that I wanted to have a sound really identified. At the same time, it’s like when you meet a guy or a girl, you know—it can be happy. It can be angry. It can be sad. And the same with my music. It can be happy music, or, sad, violent, or melancholy.”

Pursuit is aggressive, it has energy and a hard beat and sometimes seems like the sounds come from anger. But Gesaffelstein is not all about that.

Piece of Future comes as a very melancholic and out of this world track, full of mystery yet put together with beautiful sounds that blend in a peaceful machine.

Not so Dark After All

Gesaffelstein is all about triggering different emotions through music that feels human. Even when we are talking about electronic music, and it was all made with computers, there is nothing neutral about Gesaffelstein. It’s complex, and maybe his inspirations are an important part of it. Not many Djs believe that Chopin reached the perfection of art. He said:

“Everything he did was too high, you know. It’s more than music. It’s like a language. Everyone on Earth likes this music, Chopin. You can’t say that it’s shit. It’s impossible. And the scientifists did an experiment with his music, they put a helmet on the head to see connections in the brain, and even if you said that you hate this music, the music in your brain does something good for your body. Even if you say that you hate it. It’s crazy.”

“It’s a bit ironic for me to do dark music, you know, because I’m not like that. But if I use a dark thing to make people happy, I win”.

His new album Hyperion was announced not long ago with no release date. Two singles have been released so far “Reset” and a collaboration with “The Weeknd” titled “Lost in the Fire”.

Gessafelstein quotes from interviews with noisey and Mixmag.