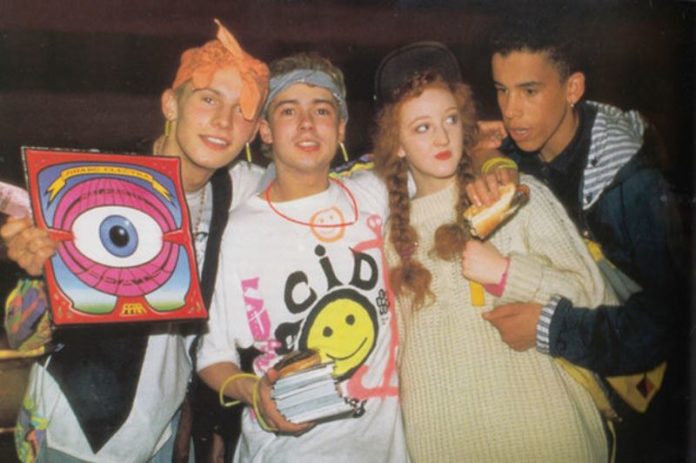 Music always finds a way to evolve in way that becomes unpredictable and in the end brings different types of people from different places, classes and ethnicity. That is one of the most beautiful things about music, that it’s universal.

However some scenes blow up in an environment that at first you could say that it’s hard to evolve and become a thing in the whole world but it happens. Rock, Punk, Metal, Hip Hop, all of these genres brought outsiders together, and in the late 80’s electronic music would make its way into Raves which quickly arrived into the heart of Australia.

In the late 80s and early 90s, rave started taking over cities like Sydney and Melbourne. The energy that came from that wave was young and strong, it was a place where there were no worries, no problems and all music, dancing and of course drugs.

It was this new punk attitude that went crazy with electronic sounds and DJs which very quickly appeared throwing parties everywhere across the cities. Although many of the places where raving was a thing were usually urban underground clubs which you could only get in if you knew the right people, outdoors and natural environment festivals also became an important part of this new rave movement Parties like 1991’s Happy Valley, also known as “our generation’s Woodstock.”

In Australia, the techno and acid house crowd was actually not that different from the crowd you would normally see at a punk rock concert, it was a very counter cultural movement which puts aside any rules. This was different from the raves that took place in America and Europe, which did have some lines that were not meant to be crossed.

Ming D, a DJ from Sydney said that:

Sydney was quite hedonistic. This is, I guess, 1987, 1988. Sydney always had a big gay population from day one, and of course you know the ecstasy was knocking around then. It was legal – it wasn’t illegal then. The gay scene… had a good community, they had good music, and their DJs were tapping into what was happening over in the States with the house scene, the jack scene, the acid scene.

The 1990s was when Australia had one of the most beloved playgrounds for electronic music, and it was not just a self contained Rave, it was a scene that brought Djs and people from other part of Europe and America.

And that brought together not only the gay scene, but it brought together people in the underground electronic scene…just for the production and the spectacle and the emotions. And that attracted the English crew, who were coming out of the Summer of Love.

At the time there was also a recession in Sydney, this made the path to acquiring empty warehouses an easy thing to do. For a sum of money you had yourself the perfect place for a party.

Of course parties where a beautiful disaster as they had mixes which could go from the most commercial melodic sound to the most hardcore in a matter of minutes. There wasn’t really much structure, it was all about the feeling.

In 1991, the first Happy Valley happened, and it was the first outdoor rave. More than that, Happy Valley was the beginning of a chain that would eventually bring big changes to the scene. As it often happens, when an underground movement starts to reach a wider audience, some things change and it’s inevitable.

Around 1994 a fast paced electricity invaded raves, but also brought a larger crowd, which included people in their 30s to 13 year olds. This was the beginning of the mainstream Australian Rave scene. Techno, Dance, Drum n’ Bass, it was now a part of something bigger, and a thing that started in small warehouses, became the main event for thousands of people at festivals.

It became something a lot more aggressive, which is not actually a bad thing, it was just different, and this kind of different didn’t really please the DJs from hardcore early 90s.

People were hearing about it [ecstasy] more, so they were taking more. There were unscrupulous dealers out there who were giving you different crap. The ecstasy might have been [mixed] with speed, so you get more aggressive and the music needs to be harder, faster

It just wasn’t my thing – the music was just too fast, it was too hard, the vibe was dark. When those first English raves started off, everyone got to know the tunes, and as soon as someone dropped a tune with a big piano or a big synth line in it, the whole place – you know, hands in the air. It was just a real loved-up vibe. And I think later on, that kind of got lost – I guess it just evolved and changed and became a little bit darker.

Australia’s rave scene has evolved and it’s now bigger than ever, while it’s different now, the history behind it all makes it all even more amazing.