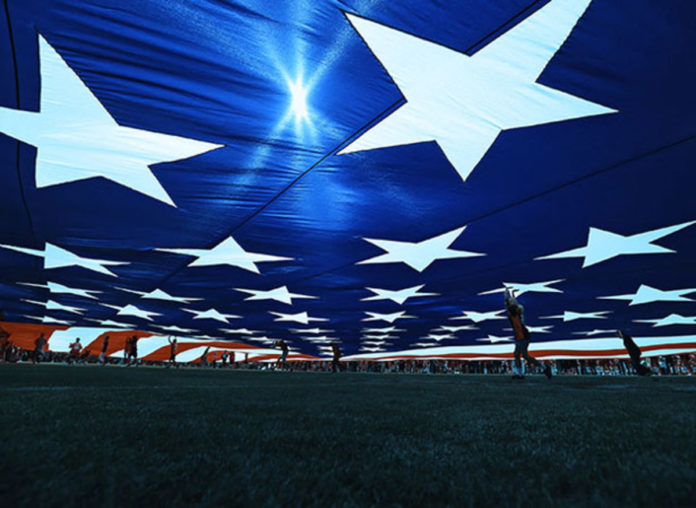 America was not a hot place for raves and techno until the late 80s, before that there was a time of punk.

The techno, rave, doof scene, was mostly a thing in Europe and an important part of Australia’s music culture, and even though there were raves, artists willing to make techno and the potential energy to make it all happen, it wasn’t mainstream at all.

“Let me speak from the dance music point of view. America is really, really, really catching up… Europe is completely different and you can’t compare it because dance music has been around [in Europe] for the last two decades… My generation grew up on dance music and the classics and its different from America. If you ask ‘how did dance music start?’ [in America], probably 80% will answer, and with all respect, Daft Punk. But even before Daft Punk, there was so much going on… But what I really like about America is that they have their own opinion of dance music.”

Even though Electronic music remained as an underground act most of the time; there was a moment in the 90s where the scene peaked.

However there were legal issues with raves and its public stain of drugs. The Federal law enforcement had become tired of dealing with drug overdoses and big parties that required the presence of an authority. There were too many crack downs at that time.

Even when in 1993’s Rave America, there were around 17,000 people in the Californian amusement park Knots Berry Farm; it was still very far from the mainstream. Then for a few years the whole electronica movement was very silent until 1997. When MTV showed america the energy of techno backed up by the Prodigy, the Chemical Brothers, and Underworld. In the immediate years that followed, Fatboy Slim and Moby reached a place where they were featured in films and TV commercials. While trance music made by Paul van Dyk/Paul Oakenfold type welcomed a big revival of raves in southern California, which by the beginning of the year 2000 reached the 20-40,000 range.

After that the rave scene started to fall again. Going to these type of events was frowned upon in the media such as the radio and various news sources. There was no doubt that there was a very passionate scene but it kept being the black sheep of the music industry and live acts.

Many artists went to Europe where they could flourish; as electronic music festivals were already getting very big in places like England and Germany.

Rave is a Bad Word

In America at the time; “Rave” was a word that was tied to the use of drugs, accidents and various scandalous events.

Gary Richards from the LA-based promotions company Hard Events said in an interview:

promoter or owner was involved in selling the substances.

“The association of techno with ecstasy, we really had to overcome that stigma,”

“If you approach a venue owner or local authority for permits and you use the word ‘rave’, your business model is doomed.”

However the word “Festival” came to be more appealing to the general public; as it was something that America already had with many Rock, Metal, Folk, Hip Hop artists doing their thing in various festivals. Of course there were always some issues here and there with drugs or over the top aggressive attitude but that wasn’t really the problem. The problem was how crooked the word “Rave” was and all that surrounds it. Besides festivals were not meant to be in abandoned warehouses or deserts; the idea behind these festivals were that everything was out in plain sight.

This paved the way to an important moment in the music history of america, specially for electronic music.

Back in April 2006, the French duo Daft Punk closed out the first night of the Coachella Valley Arts And Music Festival; and surprised many rock fans with its amazing visual effects, electronic sounds and and overall great act.

After that EDM festivals began to explode all over America. With artists like Diplo, Skrillex with the dubstep boom, coming up to the stage; and electronica being pumped into pop music, the scene rose like never before and it hasn’t stopped since.