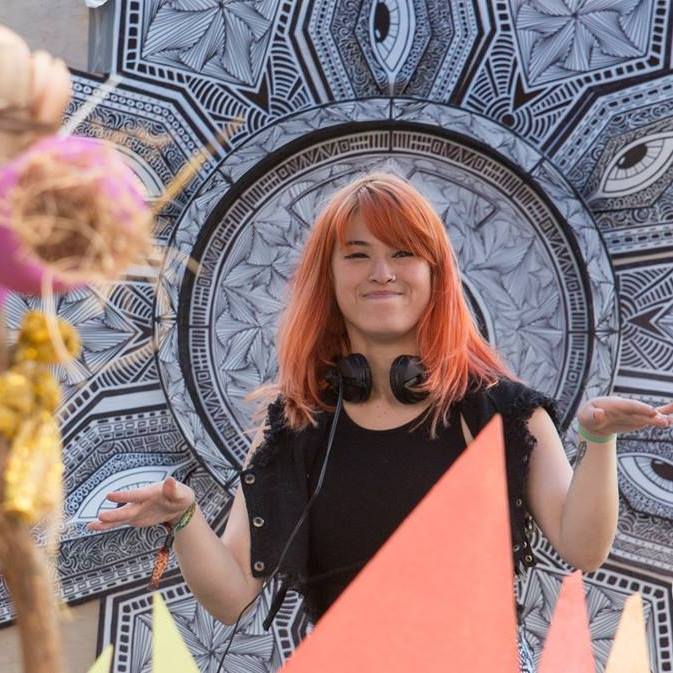 Megumi Fletcher, more commonly known as Megapixel, is a Melbourne based DJ and DJ agent for Grasshopper Records – a Japanese label. Her psytrance venture started in Perth where she was acquainted with parties & celebrations. She promptly became hopelessly enchanted with the sound and culture since she has had a solid association with music ever since hence it was normal for her to step up her game and try the world of electronic dance music. In 2008 she made her first DJ stint by hosting her own parties & holding several other outdoor events. She spent the next few years honing her DJ sound & skills and by 2011, she moved to Melbourne to finally test the waters in the EDM scene.

Megapixel has set up herself as a strong version to any psyche line up, be it performing on a dusty & nasty dance floor or at a sweat-soaked neighborhood club. Playing at events like Rainbow Serpent, Ozora, Babylon, Yemaya, Subsonic and headlining festivals in Japan, Hungary, Portugal, and New Zealand, Megapixel always kept her sets at par with what’s hip & hot. You would normally hear her play down groovy, crazy and fun sets for the daytime, or a more genuine, radical and strong sound for the nighttime. With her enthusiasm and talent for DJing, she keeps on evolving each time and you can look forward to her deck-trembling sets to bring you on a captivating psychedelic trip each time.

Is Your Glamping Package Even Worth It?