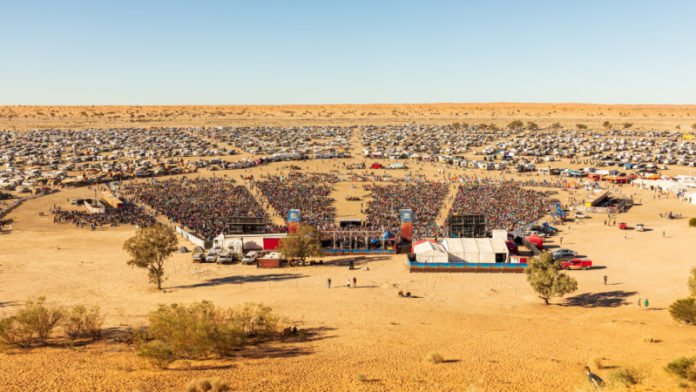 Rainbow Serpent Festival 2019 starts today, January 25. But though it’s just begun, there have already been a few incidents that threatened to spoil the doof’s fun atmosphere before its gates even opened.

For one, a big pile of garbage caught fire near the festival grounds’ entrance some three days earlier on January 22. Thankfully, the blaze was quickly put under control, and the weather wasn’t too hot or dry so the fire didn’t spread to the nearby state forest.

For another, a truck rolled over a festival-goer’s tent yesterday, January 24, causing injuries to three people – a man in his 30s, a woman in her 30s, and another woman in her 20s. The man was airlifted to The Alfred Hospital and sustained injuries to his chest, legs, face, and hands.

Both the women, on the other hand, were taken to the Ballarat Base Hospital. The one in her 30s is being treated for injuries to her hips and back, the other in her 20s to her back and abdomen.

And then, to no one’s surprise, the issue of drugs reared its head once again at Victoria’s iconic doof. Paramedics rushed a man in his 20s to the Ballarat Base Hospital for overdosing. Another man was caught trafficking drugs at the festival.

Just another day of another year at Rainbow Serpent Festival, yeah? Here’s to hoping that the rest of the doof flows by without any more incidents.