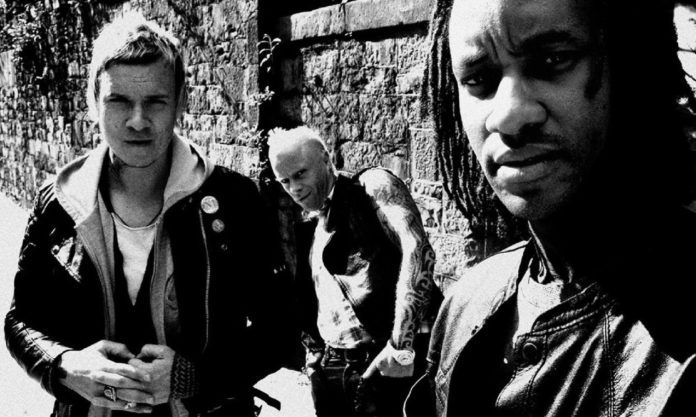 If you play a guessing game and say, 1990s, rave scene, band, it is most likely that The Prodigy will be at the top of your head.

The Prodigy is an English electronic band formed in 1990 by frontmen Keith Flint and Maxim Reality and Liam Howlett. The band was like no other electronic act out there, they packed the raw energy of a rave, the attitude of a punk band and the “badassery” of rock stars.

Their genre only changed a bit despite all the diferent branches of electronic music and its progression during the ’90s. The scene went from raves and hardcore sound to a more ambient sound. It was because of breakbeat and drum n’ bass that The Prodigy found their unique sound; one that didn’t just follow the flow of the mainstream but that they could make it their own.

With no disrespect to the endless energy, vocals and showmanship of Keith and Maxim, the sound of the band was born thanks to Liam Howlett.

Liam played the piano while he was growing up and later got into the hip hop scene as a DJ in the mid 80s. It wasn’t long until the breakbeat sound paved the way for the young hip-hop fan to begin producing tracks in his bedroom studio in 1988; which was actually a year before the first time he ever went to a rave.

He then released his first EP, What Evil Lurks. After that, in the fresh 90s he met Maxim and Liam, and formed The Prodigy.

Liam’s EP was re-released with XL Records along with his new band mates, and The Prodigy didn’t stop there.

The Spike on the Scene

“Yeah, the dance scene has flatlined and we’re the spike.”

The Prodigy started from the bottom and blew up right in the middle of the mainstream electronic music scene. From The Experience (1992) which took everyone by surprise with its fast paced beats and edgy charm all the way to No Tourists (2018).

The Band’s punk attitude still holds up as Keith said:

“Everything’s so commercialized it shuts down the underground.”

“I don’t hear anyone out there that sounds like us,” says Keith. “They can try but it’s in the sonics, the whole carcass of the song. The way it attacks you is so well engineered. No one else can do that. They don’t have the ability to make that noise.”

“I never want to think we’ve done great,” he said “Because that means you’re taking your foot off the gas and relaxing. And being like that doesn’t make a good zone for being creative. “I am a happy person, but my attitude is: just wait till the next one.”

The Prodigy are one of the few that can really claim to be a part of the foundations of the rave scene and is one of the biggest dance acts in the history o electronic music and music in general. However they try to keep a distance from the mainstream as it hurts their main fuel for making music. They even rejected collaborations with David Bowie, Madonna and U2.

“It’s a bit of a bold statement, but the Prodigy should be seen as an important cultural band.” Says Liam.

It is bold, but it is also true.

The band spent much of 1994 and 1995 touring around the world; and made an appearance at none other than Glastonbury Festival as an electronic band act. This was itself a big statement that electronica could make it in a live venue. The band was always in between clubs and raves and rock traditional concerts however, the Glastonbury show was the moment they showed the world and themselves that they were not just another dance group but something bigger.

Quotes from interviews from The Guardian and iNews.

The Prodigy, One of a Kind