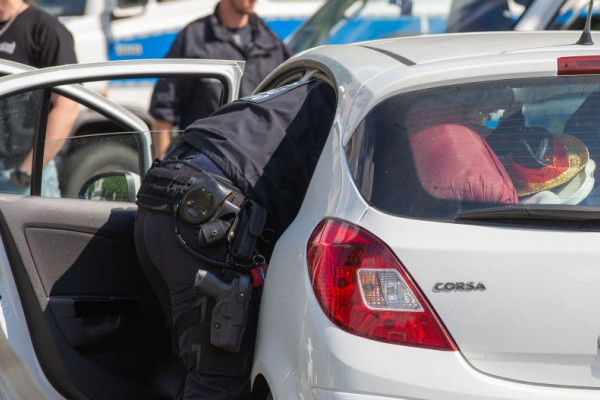 As the result of a massive police blitz, more than 60 people were processed for drug related offences during a police operation which took place in the surrounding areas of the Wild Horses Music Festival near Marysville on the weekend.

The operation had two main peak periods, both on the Thursday (for a full 24 hour period) and starting again late Sunday leading into the Monday. This was an intensive operation where almost every single car was searched, timed in a way so that almost all of the installation and setup crew were searched and the bulk of attendees on the way home.

In total, the operation setup along Lake Mountain Road (the only road into or out of the festival), detected:

Senior Sergeant Mark Hesse said the results showed that one in four cars that were checked by police as part of the operation uncovered illicit drugs.

As word spread around the festival, no doubt several punters thought twice about driving home and decided to get tested on-site or just stay an extra night in the interest of safety. Then, in a shocking twist, early Monday morning at around 9:30am organisers have alleged that police manufactured a fake emergency to force punters off site in a hurry so they could entrap them with drug testing and vehicle searches as they left the festival.

There have been reports of police waking people sleeping in their cars at this time and direct them to evacuate the site.

“A representative of the organisers of the Wild Horses festival at Lake Mountain Alpine Resort in Victoria notified Mordd IndyMedia today shortly before Midday of a troubling situation on site.

They stated that a fake emergency evacuation had been declared at 9:30am Monday morning by the site owners, and all patrons instructed to leave immediately. There is no reported official emergency order for the area nor any close by fires according to the Vic Emergency website or the RFS website.

As patrons began to hurriedly pack and leave, Victoria Police formed a blockade on the only road out, and proceeded to drug test and search all vehicles leaving. This flies in the face of the supposed emergency situation.

If there was a genuine emergency, the police should be facilitating everyone to leave the area as quickly as possible, not using it as an excuse to apply draconian drug enforcement policing tactics as people fled, supposedly for their own safety.

Organisers confirm the event was permitted till Midday Monday, 9th December 2019, with instructions to have people depart site as quickly as possible after midday. Why the police have chosen to apparently manufacture an emergency only hours before the official departure time is pure speculation at this point.

When the evacuation order was given at 9:30am, the site owner’s management team also forced the site first aid to shut down and cease operating, creating an obvious risk if anyone was injured in the subsequent evacuation.

The evacuation also bypassed the safety team for Wild Horses and the event evacuation planning, further placing people at risk when Wild Horses already had proper plans in place to deal with a genuine emergency.

As of 1pm Monday, around 50% of the punters had remained on site and both the Wild Horses team and the punters are defying the evacuation order now, as it is clear it is based on a complete falsehood.”

“We have heard reports that Wild Horses Festival 2019 have been ordered to evacuate the site on police direction. The bureau of meteorology website only lists fire weather warnings for the Mallee and Northern districts, neither of which cover the site and the Vic Emergency website lists no warnings for the area. We have been told that despite calling for an emergency evacuation police are maintaining their drug testing operations, creating a bottle neck and hazard.

We only have some initial reports and more information may come to light but this is a troubling trend. We have heard reports of Vic police conducting roadside testing operations in evacuation zones in the bushfires there. One has to wonder where safety actually fits into these priorities.“

“A quarter of vehicles checked by police outside an electronic music festival in Marysville at the weekend contained illicit drugs.

Sixty people were charged with drug possession during the bust, and three drivers were also found with drugs in their system.”

Did you get caught up in this? What do you think of Police actions in this case?

Let us know in the comments below!