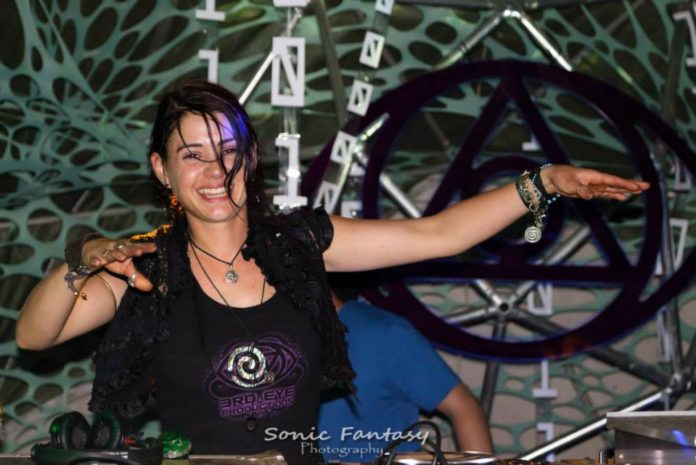 Ish (AyIsha Mia) has a solid attachment with sound it emanates from her very center. Since back then she started her life very early from bending and contorting notes and arrangements over a plenty of instruments. Experiencing childhood in NNSW, Ish associated herself with people who shared her enthusiasm for sound-related treats.

After getting acquainted with Psytrance and the open air music setting, she knew there was no turning back. Picking up motivation from people who shared her love for tunes and with a hint of a push, she immediately found herself behind the decks constantly, playing over the East Coast and collaborating with third Eye Productions as a DJ.

In the wake of honing her learning and artistry, she moved south of Melbourne eager to extend her musical boundaries, and started managing her personal projects. During this time she was singled out by Terrafractyl to join his developing melodic Psytrance brand ‘Kinematic Records‘. Playing domineering Psytrance, she maintains the unique NNSW vibe and music mainly featured in the music she plays and advocates.

She spent most of her time in Melbourne broadening her sounds thus, her sets crosses over numerous musical styles as of the moment. This small but terrible lady conveys the sensitive chunk, with a scrumptious exhibit of open, strong yet striking bass lines, instrumentally healthy psychedelic songs, coated with fresh, clean percussion.

Playing around Victoria and the East shoreline of Australia, Ish has decorated such regarded and exciting stages such as Rainbow Serpent Festival, Exodus, Cairns Winter Solstice, Maitreya, Yemaya, Splendor in the Grass, Tribeadelic, Bushweek, Kamp Krusty, Tree of Life (Aus Launch) and Color of Sound events just to name a few.