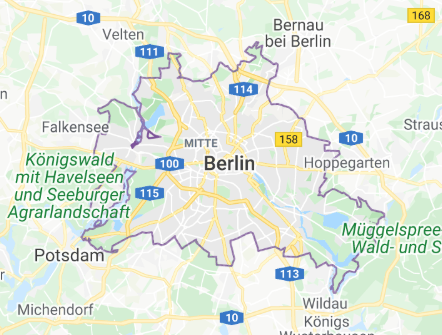 If I had to describe my first bush doof experience in one word, I’d probably choose ‘intense‘.

Originally coming from Berlin, I have encountered a lot of intensity concerning music, drugs and individual personalities. Despite being used to that, the Esoteric Festival managed to impress me on a completely different level.

5 days of nonstop electronic music and dancing is not only physically challenging, but also has a major impact on one’s mind. Meeting such a large group of inspiring people especially enhanced the impact on me.  I feel like the festival really changed and developed my personality in a certain way, which I didn’t expect. Perhaps it was caused by the meditating activity of dancing a few hours in a row and interacting with so many creative people that truly cherish self-fulfilment and creative self-expression.

The lack of knowledge concerning the Australian way of doofing becomes most obvious in the fact that I first heard the expression ‘bush doof’ in the festival itself.  It’s almost embarrassing to admit that my friends and I learned about the festival through an Instagram ad.

That definitely pointed out my lack of experience about this way of partying that I had not known before in Berlin.

And, to be honest, it also also reveals that I arrived completely unprepared. Silly me didn’t even bring a jacket to Australia… Luckily I had three jumpers that helped me to get through the night.  Compared to a lot of Esoterian goers who wore outfits from a tiny bit of clothing, or to no clothing at all, also in the evening, I was looking rather like a dodgy gangster instead of an alternative ‘Freigeist‘ (‘free spirit‘), as we would say in Germany.

Apart from that, I was carrying only one backpack, which meant that I had limited space. There wasn’t any reason to put a lot of effort into my clothes and to buy anything fancy, especially for the Festival. Having that in mind, everything was pretty chilled in terms of preparation. In the end, I felt like I caught more attention with my rather casual styling than others wearing the craziest outfits.

Luckily, earlier this year we spent a lot of time camping, meaning that everybody knew their routine of how to pack up, what to bring and so on, off by heart. That gave us more time to go dancing and to watch some ‘Rick and Morty’ on hungover mornings. Also, the ‘not-being-allowed-to-cook’ rule made our camping life much easier – more expensive- but easier. Since I am constantly travelling I obviously don’t have that much money. That left me with a diet of muesli and salad for almost the whole weekend. I’d say a very healthy lifestyle apart from the drugs and lack of sleep. My daily workout usually took place on the ‘Snake-Pit’- stage, which mostly played drum ‘n’ bass, a genre that I never really acknowledged before.

My personal highlight of that stage was ‘Mokee & Dyzlexic’s live performance on Saturday evening. The dance floor’s energy was radiating with the same high frequency of the music, and even more Dyzlexic’s fast rapping made the crowd go crazy – dancing, yelling, crying and laughing – moving the whole body in the flow of the fast-paced rhythm. Freedom of movement at the highest stage…

I felt that freedom not only in the way I wanted to move my body, but also more generally within the Esotarian community. I noticed that sensation especially during the late night jam sessions in the chill area close to the campground, where quite a few people were gathered. We played guitar, sang and simply spent time together, listening to a growing loop of sounds that created a very unique sound that I will never forget. While sitting there and enjoying myself, I absorbed the calm and loving atmosphere created by the music and took a moment to connect with all that was around me.

On the last day I saw some of the jam session people again, and just in the moment when I came over to compliment them on their musical talent, they got the idea to watch the sunset together. A few minutes later, my friends and I joined them as we walked to a wide field with some dead tree branches that created a nice contrast to the beautiful red sky. One guy brought his saxophone and climbed onto one of those trees and started to play ‘Careless Whisper’ into the silence.

It felt like a movie-scene, so perfect, it seemed unreal. A very intense ending for such an intense experience as a whole. I full-heartedly recommend the festival, not only because of the Esotarian community, but also because you see that it’s made with love, passion and effort to inspire people and to give them a good time – which they’ll definitely have!