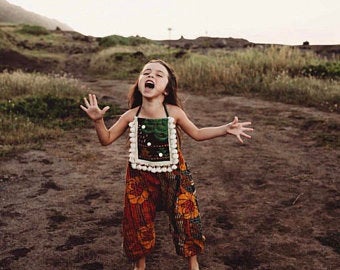 A special guest contribution from the AMAZING Patrice Young…

During my burn I was genuinely curious as to what a child’s experience was like of this magical and of Burning, a break of the default world. I approached a group of little children playing with makeup at a parasol and I sat there with my best friend, Rhiannon. I don’t normally spend much time with children in my normal life. so for me I noticed it was quite interesting to simplify my language and concepts around them.

I asked them how many Burns they’ve been to, and one of them said she’s been to 10 burns! I couldn’t tell if she was exaggerating but between them all they have been to at least 30 burns. This year was only my third!

One of the little girls asked if she could do my makeup, instead I let them all paint my nails in different colours. They made sure they got consent from my best friend if they could put makeup on her face. I didn’t want to shatter the illusion so I secretly whispered to Rhiannon (you look like a whore!)

I asked the girls what they wanted to do when they grew up. The girl putting makeup on Rhiannon’s face enthusiastically said I want do to makeup! I encouraged her to pursue this path if that made her happy.

Another one of the girls astounded me as she declared “I want to make other people happy!” Damn, these kids are pretty woke. Whoever these kids has as parents, you’ve given me hope for humanity.

We started connecting about animals and cartoons and we started talking about pets. One of the girls, said she used to have a budgie named Twiggy, but he passed away a few years ago. Having never lost a pet I asked her how it made her felt and she said she said it was painful. I told her that she should go to the temple and write his name in there. “It would be a great way to honour his memory!”

I enquired if the other kids at school thought they were the coolest kids. The eldest girl responded with “Nah, they just think we’re all hippies and dance naked around a fire”

I think it is part of my being to share what I’ve learnt with everyone who’s willing to listen. I gathered the little girls close to tell them a few more secrets.

-“No one knows what they’re doing in life, everyone just thinks they know”

When it was time to leave I left them with my favourite mantra:

I am resilient (whats resilient?! They questioned – “its like being strong but never giving up!”)

Would You Sleep in a KarTent Cardboard Tent at a Bush Doof?