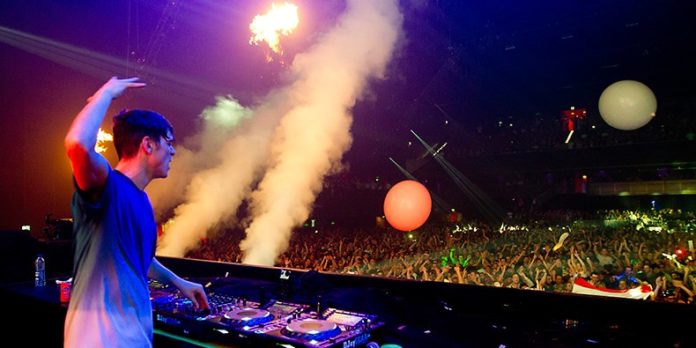 There is a thing with genres and it will always be like this, when you say EDM, the are so many artists, bands and different types of music that comes to mind, however there is now doubt for some people that there is a shift towards Techno.

It’s important to know that EDM stands for Electronic Dance Music, and this is already a big indication of what it is. Genres are not something that comes from a scientific method of categorizing music, that’s why it’s hard to put a tag on some artists. The thing however, that is undeniable is that EDM focuses on catchy melodies and a bpm of around 125. This triggers the feeling of dancing and having a good time, it means energy and flow.

But is it time for a different genre of Electronic music to get the spotlight?

According to Carl Cox:

“I think to be honest EDM has played a massive part in the techno resurgence. EDM has a massive energy in it, massive breakdowns. But if you think about it in the past five years, if you went to go see any EDM DJ most of the DJs played the same style or the same type of thing, or even the same tracks. I think people wanted to go to this kind of event, but they couldn’t bear to hear the same track over and over, the same way, by the same DJs anymore.”

His point is a very logical one, people want new sounds and new structure. Something new to build on the old sounds already built.

“See techno takes you somewhere else; it’s a similar experience, but the audience is being taken on a developmental journey, they want to discover new sounds. You don’t have to have the drops in the records, you don’t need to have the vocals in it, you don’t have to have the fireworks and all this paraphernalia – its all us because you’re into the music. So people who experienced EDM, loved it, but after five years you’ve had enough, this is what has pushed the techno stages at festivals.”

Of course it’s not just his opinion, the numbers are there, the crowds speak louder than anything else.

“Now usually in London if you’re playing techno, you’ll get 200-300 people and that’s it. We had 15,000 people for a techno lineup, which is just an insane response, where before that would be numbers reserved for EDM so really there’s a massive shift: I mean a few days ago, an event in Ibiza David Guetta was playing tech-house! What’s going on here?”

Of course the shift could also be a part of how internet is linked to music.

“Yeah, it’s much harder to have a hit as such. Of course anyone can blame that on the music they release or not, but there are really only a few big techno tracks that make it through… Tracks can build up before being released and you think they’re going to be huge, and then when they come out they blow over in a couple of weekends of DJ plays.”

“People are kind of spoiled with the access to music, but in a way it’s a good thing. Why should you only be able to listen to music you can afford? Then it’s very reliant on the amount of disposable income you have… With the internet and the reduction of attention spans, if someone doesn’t like something after 10-15 seconds, then they’ll skip on to something else. But at least that’s a very democratic way of listening to music.”

Skream says: “I do think EDM is coming to an end”

And he may be right but not entirely. EDM will lose the spotlight but it will continue to grow as other sub genres of Electronica take the stage.

Is Your Glamping Package Even Worth It?