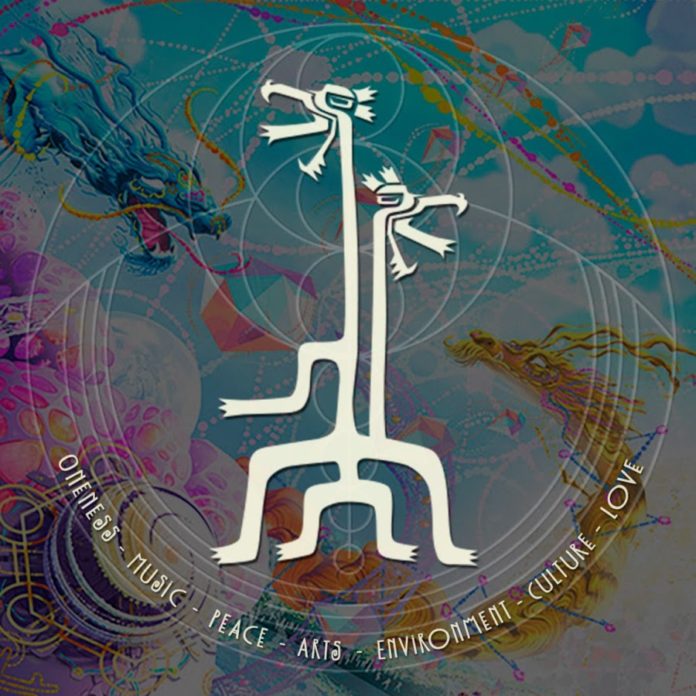 It is held at Idanha-a-Nove, Portugal, on a lake near the Spanish border.

Boom Festival began in 1997 as a psychedelic trance music festival with a main stage and a lounge area with mellow, “chill-out music”. Now, there are five stages: the Dance Temple, for psytrance and natural trance music; the Alchemy Circle is for many fresh experimental genres, including psytechno, progressive psytrance, house and unique combinations of those; the Sacred Fire stage is for world music and live music performances; the Ambient Source is for chill-out music; the Funky Beach stage is for electronic dance music dee jays and producers. Other attractions include sculptures, an art gallery, street theatre, and fire performances. Within the shaded Liminal Village are lectures, yoga classes, film screenings, group meditation, and discussions. The Healing Area has group workshops for healing techniques, a pool for water therapy and a massage area.

Boom’s main focus is to integrate a sustainability ethos with arts and culture. By design, it does not provide corporate entertainment or sponsors. The key goal is to provide a transformational festival for people of different ethnic backgrounds, nationality and ages. In its own words, “Boom is not only a festival, it is a state of mind. Inspired by the principles of Oneness, Peace, Creativity, Sustainability, Transcendence, Alternative Culture, Active Participation, Evolution and Love, it is a space where people from all over the world can converge to experience an alternative reality.”

The festival is entirely funded by ticket sales. It does not use corporate sponsors, which eliminates marketing that is seen as visual pollution.

BOOM IS A FESTIVAL DEDICATED TO FREE SPIRITS FROM ALL OVER THE WORLD. IT IS THE GATHERING OF THE GLOBAL PSYCHEDELIC TRIBE AND OF WHOEVER FEELS THE CALL TO JOIN IN THE CELEBRATIONS!! A UNPREDICTABLE AND UNFORGETTABLE WEEK-LONG ADVENTURE, IT TAKES PLACE, EVERY TWO YEARS, DURING THE FULL MOON, ON THE SHORES OF A MAGNIFICENT LAKE IN THE SUNNY PORTUGUESE INLAND WHERE EVERYONE IS INVITED!
PSYCHEDELIC FOR US MEANS TO THINK OUTSIDE THE BOX

Psychedelic means mind manifesting but has been associated as an attribute for music, arts in general and alternative ways of life. Our perspective on psychedelia is that every single individual is essentially free. Free to think, to act, to create, and to respect one another. It is awakening a holistic awareness that all beings share the same pulse of life, that we are part of an interconnected Universe. We do not believe in the psychedelic orthodoxy that advocates being boxed into one style of music, one lifestyle, or one philosophy. We also do not resonate with the narrative that psychedelic consciousness means intoxication. To be free is to be aware, is to challenge the limits, is to think outside the box and not to submit to the dominant culture.

BOOM IS A MODEL OF ENVIRONMENTAL AWARENESS

As an environmentally conscious event, Boom is a concrete example that shows it is possible to co-exist on this Planet in respect of Mother Earth and of one another. This is possible through a deep understanding of the cycles of life and humanity’s place within these cycles. Permaculture is a brilliant example of how such an understanding can be transformed into practice.

Boom’s pioneering Environmental Program applies the principles of permaculture to every single aspect of the festival’s production.

Moreover, it widely promotes the knowledge and practice of sustainability through lectures, workshops, and of course, through demonstrating with practical examples.

Some of the practices that Boom has implemented include 100 percent Compost toilets. In fact, to this day, Boom is the only large-scale event to manifest such a result. The festival’s environmental strategy has also implemented 100 percent on-site water treatment facilities, several off-grid energy solutions, bio-construction, permaculture gardens and vegetable oil generators. These are just some of the ground-breaking projects that have granted Boom the most prestigious international accolades in environmental efficiency.

BOOM BELIEVES IN A BORDERLESS WORLD

Since its inception in 1997, Boom has become the home of the global nomadic tribe. Since then, it has grown organically by word-of-mouth into an incredible culturally-diverse festival, attracting people from 154 nationalities (2016). Boom is the celebration of the Earth’s multicoloured Oneness. EVERYONE is invited and EVERYONE is called to consciously co-create a positive reality of Love and Peace, for us and for the next generations. We Are One!

BOOM BELIEVES IN TRANSCENDENCE THROUGH MUSIC

At Boom, music is sacred. The dancefloors are temples for transcending ordinary states of perception and the limitations of our egos. Through dance and music, we can reconnect to our own individual divine essence, while in synch with the beating heart of the whole tribe. All in One!

Music at Boom is scattered across four epic stage and is as diverse as it gets. From electronic beats and pieces to acoustic and classical acts – there is a place for every culturally-unique style of sound. You will discover this vibrant multi-cultural palette within Boom’s program of live concerts, DJ sets, solo acts and live band performances.

So from its roots as a psytrance festival, to its evolution into an inclusive gathering, Boom has unveiled a fascinating and diverse spectrum of top quality soundscapes of the underground.

Psytrance was our first love – so there is no denying that its culture has remained a pivotal source of inspiration for Boom and it’s vision – and is a testimony of the evolutionary potential that exists in such a culture.

Check out the page for each of the areas for details of the different visions.

Boom’s ultimate aim is to facilitate individual and collective transformation. The Boom experience has been conceived to activate the vital force directing every being towards the fulfillment of its highest potential. To reach this ambitious goal, Boom relies on the continuous exchange of radically innovative knowledge and practices by countless Boomers, musicians, artists, teachers, visionaries, healers, farmers, ecologists, wisdom keepers, researchers, scientists, activists.

Besides the music stages and the countless art installations scattered across the site, other areas of information chanelling exist in portals such as the Liminal Village, the Being Fields (formerly known as Healing Area) and the Visionary Art Museum. Here our hearts, bodies and minds can fully download a rich backdrop of information that is delivered by workshops, presentations, rituals and meditations. Please check the individual area pages for more details.

NO TO CORPORATE SPONSORS, CORPORATE LOGOS AND VIPs, YES TO INDEPENDENCE, SOLIDARITY AND CREATIVITY!!!

Boom is an autonomous zone of cognitive liberty and therefore is and will always be free from corporate sponsorship and logos. Boom is funded by the financial support of the thousands of people that buy the tickets so they can come to the festival.

Boom does not believe in VIP areas and special treatment for anyone because every single Boomer is a VIP! Boom adheres to the principle of co-creation by ‘thinking outside the box’, exploring novel ways of viewing reality and taking action for its evolutionary unfolding.

Together, we make magic happen!

The Best Secret Doofs to Get Around