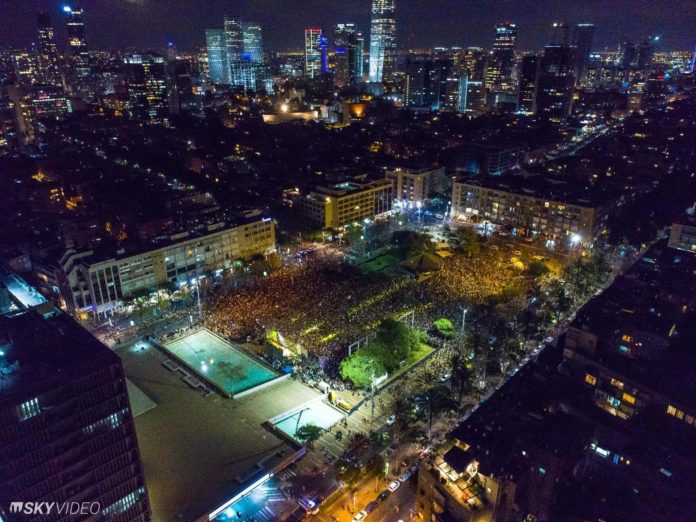 Music afficianados and protesters assembled for their ongoing fight for ‘Freedom to Dance’ due to an ongoing cancellation on psytrance festivals in Israel.

An estimate of 20,000 Israelis raged Tel Aviv on Thursday night (July 18, 2019), in a demonstration against authorities producing new restrictions on music events which prompted cancellations of at least 5 psytrance festivals.

A month ago, the prominent Doof Festival was dropped due to concerns of “prevalent drug use”. Fans dissented at Rabin Square in Tel Aviv which prompted 15 arrest and various harmed including some from the police force.

As per coordinators of Doof Festival, the police enhanced their disposition toward huge open air parties after two men passed on from drug overdose at the Neverland Electronic Music Festival October of last year.

Israel is one of the countries known worldwide as a psytrance events hotspot, with a prominent history spanning quite a few years with probably the most mainstream celebrations that include Midburn (Burning Man provincial occasion), Doof Festival, Neverland Electronic Music Festival, Unity Rising Spirit Festival, Tamar Festival and more.